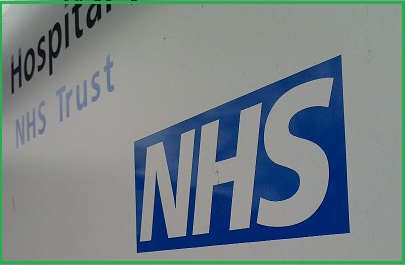 Can both sides emerge with neither a loser?

Sometimes the big story of the moment overshadows the more important story of the moment. This week has been one such time, with Ken Clarkeâ€™s policy, or consultation, or whatever it is, about reform of the rape sentencing rules overshadowing the deepening disagreement within the coalition twabout NHS reform.

There are two main areas of policy that the Conservatives absolutely cannot afford to be seen to fail on if they are to gain the overall majority they didnâ€™t last time around: one is the economy, the other is the NHS.

That the economy is one is obvious. It remains by far the biggest issue of concern to the public and failure there would not only represent a massive political reverse, undermining the governmentâ€™s critique of the nature of the problem and solution, but it would have consequences across the board for the funding of government services. On this point however, there is wide agreement across the coalition about what needs to be done.

The NHS is another matter. Gaining tentative public trust here was a key part of the Toriesâ€™ detoxification strategy. As such, simply running it for five years without controversy would have firmed up public confidence, albeit at the cost of accepting Labourâ€™s structures and plans.

Reform was therefore something the Conservatives chose to try, rather than was forced into doing. That was a significant gamble, not just because the reforms themselves might not prove successful but because the political capital placed on it would be lost even if the reforms never made it to the statute book.

Stoking fear of what a party might do in office is one of the most potent campaigning arguments its opponents have. Usually, this works to a governmentâ€™s advantage: thereâ€™s much more uncertainty about what an opposition might do and reforms to something the public cares about will always cause concern. In this case however, if Lansleyâ€™s reforms – or something like them – are not enacted, the opposition can play whatâ€™s normally the governmentâ€™s game.

The risk to the Conservatives is that the Lib Dems will seek to position themselves as â€˜the party that saved the NHSâ€™, implying that theyâ€™d saved it from the Conservatives. That their MPs had voted for the bill several times is a complication but not necessarily an insuperable one. This isnâ€™t part of the Coalition Agreement and theyâ€™re entitled to change their minds – or to have had them changed by their party activists at the Spring Conference – and the political realities of entering the coalition have been brought home even more starkly to them since then.

The problem is that weâ€™re rapidly approaching the point where one side cannot escape losing badly: either the bill fails with all that implies for the Conservatives, or it passes making Lib Dem noises just sound and fury signifying impotence.

How to get out then? For the above reasons, the Conservatives will be desperate for something approximating to the original reforms to be enacted. The critical thing is the question of trust and that means having done what was intended and not messed it up. That gives the Lib Dems a very great deal of negotiating leverage, though not on the bill itself, where thereâ€™ll no doubt have to be some concessions, both to genuinely improve the bill and to give the Lib Dems a fig-leaf to enable their ultimate support. The real quid-pro-quo is however likely to come elsewhere, whether that be on further constitutional reform such as Cleggâ€™s Lords proposals (also not part of the Agreement), or something else. Assuming everyone can keep their heads.