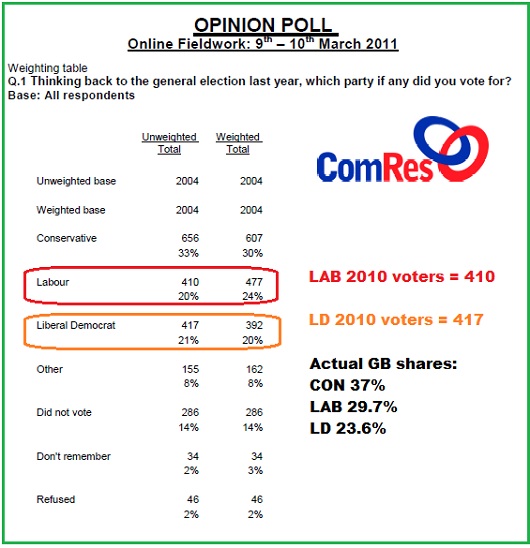 Someone, no doubt, will correct me if I’m wrong but I believe that this weekend’s ComRes poll for the Indy on Sunday represents something of a first – when respondents were asked how they voted in the general election last May more said they had opted for the Lib Dems than Labour.

So the band of the “betrayed ones” – those who say they voted Lib Dem last May and now feel let down – probably includes a fair slab of people whose memory is playing tricks on them.

The other way of looking at this is why people seem to have forgotten that they voted Labour.

ComRes, like the other past vote weighting pollsters, has to make an adjustment to deal with this phenomenon. So the views of those who said they voted Labour are scaled up and those who voted Lib Dems and in this poll, the Tories, have to be scaled back.