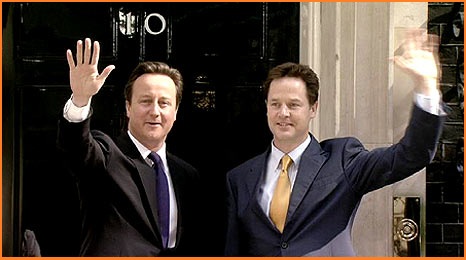 Should the media acquiesce to Baldwin’s call?

James Forsyth at the Speccie Coffee House blog takes up the ongoing argument over whether the term “Conservative-led” rather than “coalition” should be used to describe the government.

Labour is keen for its purposes for the former to be used and broadcasters and other media outlets have been written to by EdM press chief, Tom Baldwin, suggesting that they do the same. Channel 4 has become the first to agree.

But doesn’t this mis-describe the nature of the government?

Forsyth writes: “I suspect that this whole row will rumble on for a while yet. It is tempting to dismiss the whole thing as absurd, as only of interest to a few journalists and spin doctors. But labels do matter. â€˜Coalition cutsâ€™ sound better to voters than â€˜Tory cutsâ€™ or â€™Tory-led cutsâ€™.”

The broadcasters have a public service obligation and I think that Channel 4 is opening itself up to criticism.